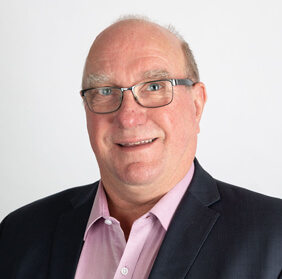 Peter Lancken has been awarded an Order of the Medal of Australia (Member of the Order – AM) for his significant service to the equipment hire and rental industry and the community.

Peter joined Kennards Hire in 1994 following the acquisition of GKN Rentals. During his 15-year tenure as both Managing Director and CEO of Australia’s largest family-owned equipment hire company, Peter oversaw its growth from a small branch network into an iconic Australian brand with an extensive national footprint. Under his leadership, Kennards Hire won Australian ‘Hire Company of the Year’ twice and the network grew by over 70 branches.
“It’s not often you come across someone who has the passion that Peter has and his contribution to both the Australian and international hire industry has been invaluable,” said Brendan Fleiter, Chairman, Kennards Hire.
“The team, board and Kennard family are extremely proud of Peter’s achievement. Kennards Hire would not be the business it is today without his experience, fortitude and dedication.”
Peter’s enthusiasm for hire and rental extended to building the reputation and influence of the industry itself.

He was President of the NSW Hire Association between 1996-2004 and Vice President and board member HRIA between 1996-2009.
James Oxenham, CEO Hire & Rental Industry Australia said, “Peter played an instrumental role in shaping the hire industry, guiding the industry body through its transition from state-based to a national association.”
“Some 20 years later, the legacy created by Peter is a strong and efficient association, focused on people in the industry, high standards of safety and performance and promoting the many benefits of hiring equipment.” His commitment to the industry saw him inducted as a Life Member of the HRIA in 2006 and, in 2007; he was awarded the ‘Meritorious Service Award’ by the American Rental Association (ARA). In 2009, Peter was also recognised for his contribution to the development of the Global Rental Alliance by the ARA.

After stepping down as CEO of Kennards Hire in 2009, Peter joined the Kennards Hire board and held the role of Chairman from 2012 – 2017 and, to this day, remains a valuable and passionate on-executive director of the Kennards Group.
Peter said the award was an unexpected yet incredible honour. “I’ve been extremely fortunate to have found a passion for an industry that means a lot to me. It’s an ongoing privilege to work  within a sector that continues to see the economic and employment opportunities the hire and rental industry provides both in Australia and internationally,” said Peter.

Outside of Kennards Hire, Peter has also contributed significantly to the fabric of the broader Australian business and community sectors. He is Chairman of Acrow Formwork and Scaffolding, a non-executive director of Crime Stoppers NSW (having previously been Chairman 2016 – 2019) and sits of the boards of St Edmunds School, St Gabriel’s School, Total Construction and Scully RSV.