The government’s Stay Smart Online website warns there has been a surge in scammers impersonating myGov and the ATO. The scams trick people into giving them money or personal details. These scams can take the form of emails, text messages and fake myGov login pages.
In June 2019, the ATO received 6,444 reports of tax-time scams impersonating the ATO. Emails with links to fake myGov login pages were the most widespread email scam.
The myGov system will never send texts, emails or attachments with links or web addresses that ask for your login or personal details. Never click on links in emails or text messages claiming to be from myGov.
Always log into your official myGov account to lodge your return and check if you owe a debt or are due a refund. You can do this by typing https://my.gov.au/ into your internet browser’s address bar.
Scams will continue well beyond the 30 October deadline for tax returns, as scammers know many people are waiting for a refund or information about debts. It’s important to watch out for scams throughout the year.
TIP: More information is available online at www.staysmartonline.gov.au/. If you’re unsure about a tax-related message or phone call, you can phone the ATO’s Scam Hotline on 1800 008 540. 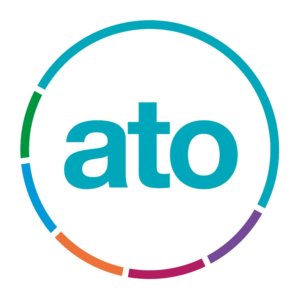 ATO has refunded $10 billion so far

The ATO says that $10 billion has been refunded to Australian taxpayers so far this tax time, an increase of over $2 billion from the same time last year. Most returns are processed in under two weeks. The ATO aims to process returns as soon as possible, and has said that over four million refunds have already been sent out, compared to over three million refunds issued this time last year.

The ATO has reminded Australians who receive any foreign income from investments, family members or working overseas to make sure they have reported it this tax time.

New international data-sharing agreements allow the ATO to track money across borders and identify people who aren’t meeting their obligations. Under the new Common Reporting Standard (CRS), the ATO has shared data on financial account information with over 65 tax jurisdictions across the globe. This includes information on account holders, balances, interest and dividend payments, proceeds from the sale of assets, and other income.
TIP: If you’re an Australian resident for tax purposes, you are taxed on your worldwide income, so you must declare all of your foreign income no matter how small the amount.

The ATO has published information about some of the most unusual claims it has disallowed. Around 700,000 Australians have claimed almost $2 billion of “other” expenses, including non-allowable items such as child care and even Lego sets.
Assistant Commissioner Karen Foat says a systematic review of claims found and disallowed some very unusual expenses. “A couple of taxpayers claimed dental expenses, believing a nice smile was essential to finding a job, and was therefore deductible. It isn’t!”
TIP: The “other” deductions section of your tax return is for expenses incurred in earning income that don’t appear elsewhere on the return – such as income protection and sickness insurance premiums.

From 1 July 2018, employers with more than 20 employees have been required to provide real-time reports to the ATO of salary and wage payments, super guarantee contributions, ordinary time earnings of employees and PAYG withholding amounts.
From 1 July 2019, this Single Touch Payroll (STP) reporting system has extended to all employers.
The ATO is now writing to remind small employers who haven’t yet started reporting or applied for a deferral, to remind them of their STP obligations.
TIP: Small employers have until 30 September 2019 to start reporting or apply for extra time to get ready.
There will be no penalties for mistakes, or missed or late reports, for the first year, and employers experiencing hardship or who are in areas with intermittent or no internet connection will be able to access exemptions.

In its Mid-Year Economic and Fiscal Outlook in 2016–2017, the government announced it would change the law to let the ATO report business tax debt information to credit reporting bureaus (CRBs) where a business consistently avoids engaging with the ATO to manage a tax debt.
TIP: The ATO can’t currently pass on this sort of information because Australian law contains strict confidentiality requirements for ATO-held taxpayer information.
The ATO has said it “recognises the important role businesses play in the Australian economy [but] when an entity avoids paying its tax debts it can have a significant impact on other businesses, employees, contractors and the wider community.” It has released a consultation paper to facilitate consultation between the ATO, businesses and CRBs.
If passed in its current form, the amended law would allow taxation officers to disclose information about business tax debts when certain conditions are met. A business would need to have debts of at least $100,000 overdue by more than 90 days, and have not effectively engaged with the ATO to manage that debt.

The ATO has also reissued Practice Statement Law Administration PS LA 2011/13 Cross border recovery of taxation debts. This statement outlines options available for the ATO to recover a tax debt where the debtor is outside Australia, and sets out how the ATO deals with requests from other countries for assistance in recovering tax debts owing to the other country.

As at July 2019, the ATO held 5.39 million super accounts worth $3.98 billion. It will aim to reunite $473 million with 485,000 fund members using the new Protecting Your Super measures.
TIP: You can find out about your lost or unclaimed super through ATO Online via myGov.

The pension transfer balance cap (TBC) of $1.6 million could increase on 1 July 2020 or 1 July 2021, depending on movement in the consumer price index (CPI). The general TBC is indexed in increments of $100,000 when the indexation rate reaches prescribed figures (calculated using a formula set out in Australian tax law). Once indexation happens, there will no longer be a single TBC that applies to all super members with a retirement phase income stream. Instead, there could be a personal TBC for each member, depending on their individual situation and arrangements.

Compassionate release of super only available in limited cases

The ATO has recently seen a significant increase in queries about compassionate release of super (CRS). In most cases, the people concerned were ineligible because they were looking to use their super to pay for general expenses.
CRS is an option only for very specific unpaid expenses such as medical treatment and transport costs, palliative care costs, loan payments to prevent the loss of your home, the costs of home or vehicle modifications related to a severe disability and expenses associated a dependant’s death.
TIP: Any amounts released early on compassionate grounds are paid and taxed as normal super lump sums.
Personal services income rules: unrelated clients test
The Federal Court has set aside an Administrative Appeal Tribunal decision that income a business analyst derived through a company was subject to the personal services income (PSI) rules.
According to the Court, simply because an individual or personal services entity is able to provide services through an intermediary, such as a recruitment or similar agency, this does not constitute the making of an offer or invitation for the purposes of the relevant legislation. More than that is required for the purposes of the unrelated clients test.

For any queries on these subjects, members can contact HLB Mann Judd’s free Business Helpline through their HRIA member portal.