In the recently released Sentiment Index, surveying 1777 Directors from the Institute of Company Directors, results illustrate an uptick in outlook for the second half of 2020.

While sentiment still registers at -37.3, well down on 2017’s positive territory, the index is a clear improvement on the -59.6 reading from the first half of 2020.

Expectations of the global outlook show pessimism in all overseas markets with the exception of China. And in this context, the view of the Australian economy was by far the most optimistic, recording 69% positive and only a 7% negative feeling about the domestic economy. 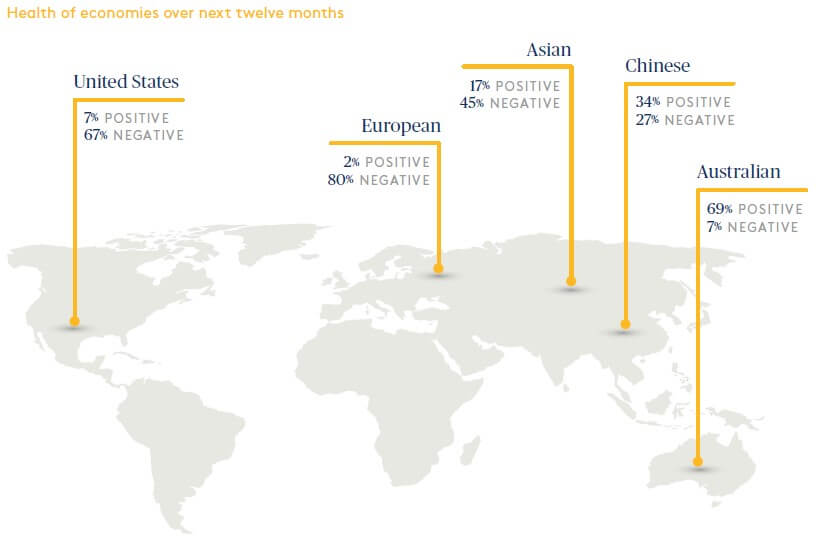 In a state-by-state view, while most states recorded a largely negative, but improving sentiment, WA bucked the trend with an overwhelmingly positive viewpoint.

One area of increasing activity was in merger and acquisitions, where 71% of members of the AICD expected M&A activity to rise.

In a separate survey from June, AICD members support large-scale public investment in innovation, R&D, skills and training, followed by high-speed trains and inland rail as the top two policy agendas they would like to see the government turn to under potential radical reset priorities, outside stated mandates.