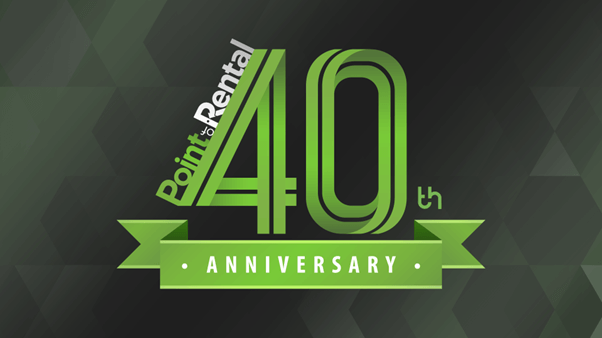 Founded in April 1982 as part of Overland Rentals, Point of Rental was created by three former NASA engineers who wanted to start their own small general rental business.

Today, more than 300 ‘pointers’ are employed in six offices serving 5,000-plus hire businesses throughout the world.

“Bob Shaffer, Steve Husbands and Byron White built Point of Rental because we wanted to serve others and provide them with the best possible software,” said Wayne. “As we celebrate 40 years, we’re still focused on that innovation. We just have a lot more people to work with. And that’s really exciting. We’re looking forward to another 40.”

The company celebrated throughout April by conducting charitable endeavours from each of their offices. Users and industry experts were encouraged to join the company in donating to their region’s fundraising efforts during that time.

The Australian Point of Rental team will be demonstrating their hire inventory management software on stand 16 at HIRE22.

The HRIA can share your news with our members on our news page or in our quarterly Hire & Rental News magazine. Please get in touch at editorial@hria.com.au.