The Sydney Metro caverns at Martin Place have been completed about six months ahead of schedule – the next step is laying tracks and building the new underground station, which will service the heart of the Sydney CBD.

It took nearly two years to excavate and build the mammoth caverns that will house the metro platforms.

The caverns under Castlereagh and Elizabeth Street are each 28 metres below street level at Martin Place, are 220 metres long and 14 metres wide.

Excavation was completed ahead of the arrival of the first tunnel boring machine, TBM Nancy on 11 October 2019. TBM Mum Shirl was not far behind, breaking through into the cavern on 23 October 2019.

About 126,000 tonnes of rock was excavated from the two caverns and more than 5,500 tonnes of steel installed.

The smooth finished lining of the caverns required more than 21,500 tonnes of concrete.

Nine tunnels have also been built to connect commuters to the new station entrances as well as to the end of the platforms at the existing Martin Place Station.

For more information on the scheme, visit www.sydneymetro.com.au 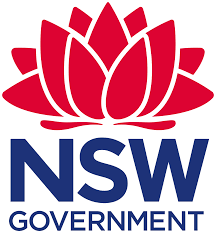