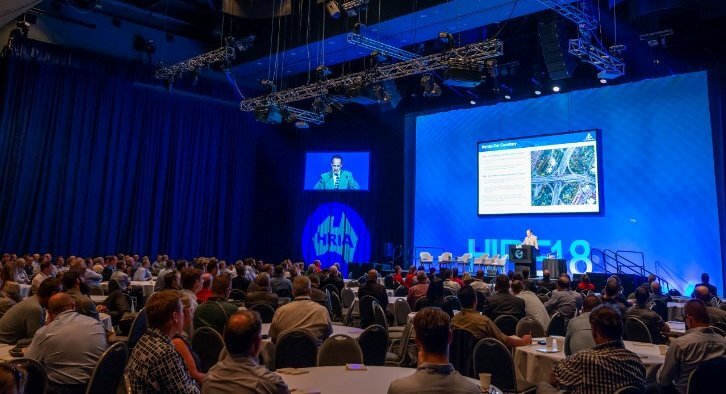 The HRIA office has been inundated with expressions of interest to exhibit at the HIRE21 in the Gold Coast in May and we have taken on extra space to accommodate our exhibitors.

The need to reconnect is palpable

By the time HIRE21 comes round, it will have been two years since the last convention in 2019 in Melbourne. “That’s a long time between drinks,” said James Oxenham, CEO of the HRIA.

Across a series of sentiment surveys, the HRIA was delighted to learn that only one percent (1%) of respondents were not planning to attend the show at the Gold Coast on May 12th and 13th.

There have been many ups and downs in the 12 months since the initial lock downs were imposed. But for HRIA members serving the construction industry, there have been unexpected opportunities with Federal and State Governments recognizing the value of preventing civil engineering projects from falling behind.

Following the approval under the Federal Government’s Business Events Grant Program, suppliers see an opportunity to showcase their latest technologies with the benefit of additional funding assistance. This is a financial advantage they’re unlikely to see again.

The funding underlines the Government’s resolve in resurrecting the exhibition and business events industry. As a major constituent of the rental sector, the HRIA welcomes the support of Government and all its members in making HIRE21 a success.

“While we cannot guarantee that future lockdowns will no longer be on the cards, we get a sense the full state border closures will be replaced with smaller, more localised lockdowns if necessary. When you couple the control we have achieved over the pandemic with the rapid deployment of vaccinations across the population we have every confidence that HIRE21 be an event accessible to the vast majority who want to attend. By global standards, Australian case numbers are extremely low, and the HRIA appeals to State Premiers to hold their nerve when it comes to making decisions that allow them to use their legal powers disproportionately” said James.

HIRE21 will be held at the Queensland Government-owned convention centre in the Gold Coast, which has the highest possible hygiene protocols; as do all venues selected for the HRIA’s networking functions. “Its important that we can assure visitors and exhibitors that their safety is being taken seriously.” James added. “We know that much of the funding for our exhibitors derives from overseas. And its been a task convincing some that its largely “business as usual” over here “for the majority of hire companies servicing the construction and DIY sectors”.

During the last 12 months, the HRIA has been working hard to support members. Its the sense of camaraderie that members feel that has helped many cope during this extremely tough year. This critical support has resulted in the highest rate of membership renewal since our records began.

We cannot wait to reconnect with members at the Convention’s “spiritual home” in Queensland’s Gold Coast. We know it will feel a little different, but we urge members to book tickets early so we can offer suppliers the reassurance that they can expect a positive reception from a confident, resilient and progressive industry.

To book your tickets, visit: HIRE21.com.au