Infrastructure Minister Michael McCormack will fast-track spending on transport projects in an effort to further stimulate the industry the coming months. The stimulus will come from the Government’s 10-year, $100 Billion Commonwealth program, which was announced following last year’s general election. The money will go into schemes from more than 400 local councils.

The government will use the funds to start new projects or bring forward construction on existing plans to counteract the economic damage from the coronavirus crisis.

Local councils are being persuaded to bring forward infrastructure projects to kick start the economy after the coronavirus pandemic.

In an article in The Age, Infrastructure Minister Michael McCormack said funding decisions would be made “soon” after councils responded to a letter he sent in early March asking all 537 councils to name projects they could bring forward.

“I want to see bulldozers on the ground, I want to see heavy vehicles pushing dirt, and more workers in hi-vis on site,” he said.

“We’ve already got $100 billion and that’s a record amount of money that we’re rolling out, so to bring some of that money forward is important. I like what I’ve received.”

Mr McCormack has also asked state and territory governments to nominate projects worth bringing forward, but he said the council proposals could be done more quickly.

Labor local government spokesman Jason Clare backed the new road plan but said it had to be done “fast and fairly” with a transparent process.

Mr Clare and Labor infrastructure spokeswoman Catherine King wrote to the Deputy Prime Minister last week asking for the guidelines to be used to approve or reject projects.

“We note this request was not publicly announced and that no guidelines have been released,” they wrote.

“We seek assurance that the commonwealth will ensure that this funding is allocated fairly. It should be made available to all councils in all regions, and be consistent with relevant recent recommendations of the Australian National Audit Office.”

As with other grant programs, Mr McCormack will be the final decision-maker as the minister, subject to advice from his department.

“Rest assured it will be fair, it will be equitable and it will be well-managed,” he told The Sydney Morning Herald and The Age.

“It’s not a competitive program as such – it’s getting money out the door to get infrastructure built.

Ms King said the government should make sure “no council will miss out” due to any lack of transparency in the process.

States across Australia are pushing forward with shovel-ready projects.

Under its new Planning System Acceleration Program, NSW are looking to fast-track $7.5 Billion of pipeline projects, including Snowy 2.0. 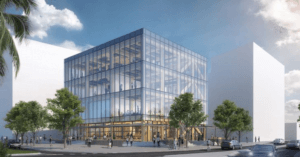 The Victorian Government has also approved four new projects worth more than $1.5 billion in total and set up a dedicated Building Recovery Taskforce to keep the state’s building industry running during the COVID-19 pandemic. 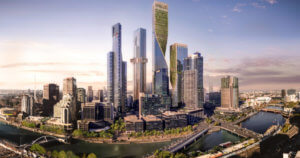