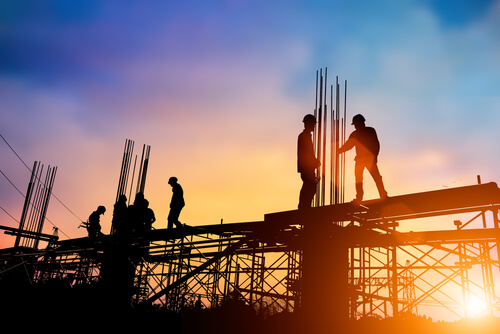 This case study by CreditorWatch has been reprinted for HRIA members with permission.

The Foreign Investment Review Board (FIRB) has been criticised in several quarters for helping to trigger last month’s collapse of Probuild through its refusal to approve a $300 million takeover of the company by state-owned China State Construction Engineering Corp on national security grounds.

But would this takeover have actually saved Probuild? Not likely, according to Ginette Muller, who acted as liquidator in the 2017 $9.2 million collapse of Queensland-based Rimfire Constructions. She says the writing was well and truly on the wall for Probuild.

“Rimfire was in a similar situation to Probuild, where there were numerous jobs under water and some good ones about to start,” she says. “In Rimfire’s case the portfolio was cherry picked, so bad jobs stayed and Rimfire went into liquidation while the good jobs found their way to a new company.

“Looking at the Probuild situation, it was widely reported that the company’s major Brisbane project at 443 Queen Street was already struggling. Industry action group Subbies United pessimistically told its members that expectations of any recovery in the business’s fortunes were low.”

Muller says the fundamental reasons for Probuild’s failure are the same as they always are, although some, but certainly not all, blame can be attributed to COVID-19.

“The usual reasons are under capitalisation and underquoting with both labour and supplies,” she says. “Add to those the supply chain going to hell in a hand basket.”

Could sub-contractors and suppliers to Probuild have avoided this mess?

Probuild, like many other operators in the construction industry, was struggling to survive a perfect COVID storm of supply chain disruptions, cost blowouts, temporary worksite closures and increased worker absenteeism.

Of course, the challenge for sub-contractors is if they are mid-way through a project with a construction company like Probuild. It is practically impossible to unwind your position when you are so committed and therefore preferable to avoid becoming involved in such a predicament the first place. 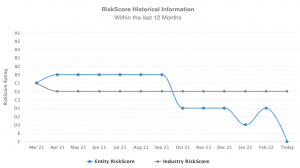 CreditorWatch downgraded Probuild to a D1 RiskScore Rating from October 2021, with its risk of default or insolvency significantly higher than the average Australian business, and well above the industry average. This rating dropped significantly due a few key factors including deteriorating payment behaviour, adverse credit activity and amplified credit risk in the construction industry.

CreditorWatch CEO Patrick Coghlan says, “the data underlines just how crucial it can be for businesses to monitor the vital signs of their stakeholders and to identify those suppliers and debtors that could be at risk of default, in order to adequately assess their credit risk”.

Probuild’s average invoice repayment time increased substantially in 2021, rising from just under 28 days in March 2021 to 58 days in February 2022.

Another red flag was a court action lodged against Probuild in October. This marked Probuild as ‘high risk’ on CreditorWatch.

Explore more details from this case study by Michael Pollack on the CreditorWatch website.

Tags:
Previous Article
Kennards Hire grows WA network in Geraldton
Next Article
Cyber fraud: “it will never happen to me”

Cyber fraud: “it will never happen to me”
Virginia Laugesen Apr 06
x