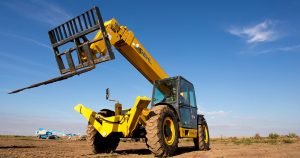 The recent release of the new standard, AS 10896.1:2019 Rough-terrain trucks – Safety requirements and verification, Part 1: Variable-reach trucks (ISO 10896-1:2012, MOD), is the first standard published since the responsibility for the telehandlers family of standards passed from ME-05 (cranes) to ME-026 (industrial trucks).
Whilst the release of this standard is a milestone for the ME-026 committee, representing a culmination of in excess of 2 years project work, it is made more significant by the fact that its release sees Australia as the first market in the world to adopt the ISO10896.1:2012 standard.

This standard replaces AS 1418.19 and it is expected to see OEM adaption to this new standard reflected in Australian delivered machines over the coming 12 months.

It is worth noting that the stability test, load charts, indicating and limiting devices remain as before, although the accuracy requirement for the load indicator has been modified to reflect technical limitations (must indicate between 95% to 120% of the actual load).

Robbie, who also sits on ISO Technical Committtee TC110 SC4, and is a participant in several working groups under this committee, indicated that in general there is a global movement towards adoption of ISO standards. TSHA President Stuart Walker commented, “The TSHA welcomes the publication of the new AS 10896.1 standard. This represents the Australian industry’s first steps towards a more harmonised global approach to the design and manufacture of telescopic handlers.”

As a benefit of membership, TSHA members are expected to be able to access the new AS 10896.1:2019 standard shortly via the member portal. Member enquiries regarding this standard can be addressed by contacting the TSHA national office via info@tsha.com.au.