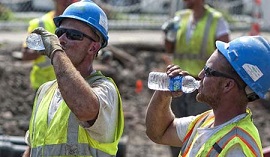 A recent report, commissioned by the CFMMEU, values the repair bill for Australia’s apartment crisis at a whopping $62 Billion.

The report, entitled: ‘Shaky Foundations: The National Construction Crisis’, weighed up the remediation costs facing owners of apartments younger than 10 years, for a range of defects, such as leaky water, fire safety breaches, structural failure and combustible cladding.

According to Amanda Robbins, Founder and CEO of Equity Economics, “Repairing defects will place increasing pressure on the building and construction workforce. Major infrastructure and construction projects are soaring in major cities around Australia and managing this additional workload will require rapid improvements to oversight and training to meet the huge demand and avoid future defects.”

The report also finds that there are as many as 3,400 apartment buildings with non-compliant, combustible cladding; as questions continue to be raised over different cladding systems following London’s Grenfell Tower fire in June 2017.

CFMMEU Construction and General Division National Secretary Dave Noonan said the cost of the apartment crisis was starting to become clear and often unfortunately homeowners are likely to be “the ones to foot the majority of the bill”.

The majority of defective apartment buildings are predominately located in QLD, NSW and VIC and taller buildings typically have higher remediation costs.

The research only analysed buildings that were constructed within the last ten years, meaning the $6.2 billion figure is conservative.

For the full report, go to Equity Economics website: www.equityeconomics.com.au

Tags:
Previous Article
Manitou to transport equipment to US via sailing ship
Next Article
Growing into a blooming successful hire business