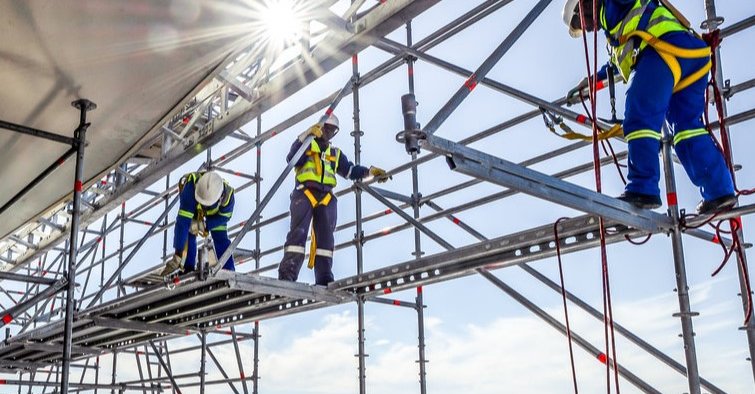 A Canberra developer was ordered to pay a $180,000 fine following a 2016 incident in which a 16-year-old student fell through a void and broke his neck.

The incident, which happened in the ACT suburb of Amaroo in 2016, involved a 6 meter fall through a scaffolding void, resulting in long term injuries. The student broke his neck, injured his spine and has had ongoing pain which has had a devastating impact upon his quality of life.

The student, who was taking part in a school program on the building site, was on a ladder just 300mm from an open void when he was ordered down by a worker. As he stepped from the ladder, he fell backwards into the hole, and fell six metres. The court heard he had since been unable to pursue his ambition to become a carpenter, and had only been able to study part time.

The boy had been on the site with contractor, BCC Building. A second contractor, Feel Style, was also working on the site. Both companies have paid penalties of $132,000 and agreed to abide by enforceable undertakings. The head of the developer, Nikias Diamond Group, which faced a charge of failing its safety duty and pleaded guilty to charges of breaching its safety obligations.

Acting Chief Magistrate Theakston found the developer failed to comply with their health and safety duty and that failure exposed an individual to a risk of death or serious injury or illness.

Mr Theakston said there seemed to be an understanding on site that there was an exclusion zone around the areas, but he found signage had been inadequate to communicate that. There was no evidence that the existence of the exclusion zones were communicated to anyone in anyway other than a couple of signs as described above.
The site manager indicated that he had not discussed the exclusion zone with the students during a site induction or with BCC Building.
He also found Nikias Diamond was not aware the student was part of a work experience group rather than an apprentice.

In a statement, Nikias Diamond director Dimitri Nikias said the company accepted the conviction. The maximum fine for a breach is $1.5 million.

The ACT’s work safety commissioner Greg Jones was quoted as saying “WorkSafe had an expectation of a more substantial deterrent” saying the fine is not steep enough to deter slipping safety standards. “Magistrate Theakston appears to have appreciated that Nikias Diamond had the proper systems in place and put Nikias Diamond’s breach down to a temporary failure to enforce those systems,” he said.

“We understand that WorkSafe ACT has entered into enforceable undertakings with the other parties and the role of the ACT Education Directorate has not been examined. “Nikias Diamond fully acknowledges its role in the health and safety of all workers on its sites and maintains excellent systems to protect them.”

The company has been given 18 months to pay the penalty. To read the full hearing notes, click here.

Tags:
Previous Article
Are you getting personal leave entitlements right?
Next Article
Warning on increased risk of Q fever in NSW due to drought conditions