$18 Billion in economic benefit from Brisbane 2032 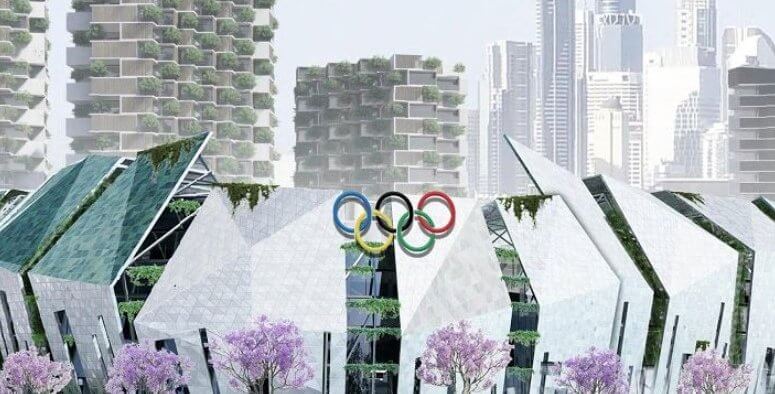 Prime Minister Scott Morrison has commented that initial estimates put the value of hosting the Brisbane 2032 Olympics to be in the region of $18 Billion in economic and social benefit.

However, the successful bid relied on different criteria in the light of growing opposition to the cost of running the games by host nations. One key advantage of the bid was the recent infrastructure and stadia already invested into the Commonwealth Games in 2018, which included the 250m Anna Meares velodrome in Brisbane.

Lord Mayor Adrian Schrinner said it meant 84 per cent of venues for the 2032 Games would be existing, refurbished or temporary.

“This is not so much about building new facilities or stadiums or sporting arenas — it’s about trying to use what we’ve got or upgrade what we’ve got,” he said.

“We have seen other cities just throwing endless amounts of money at the Olympics — that’s not the way we’ve pitched it for Brisbane.”

The Gabba is scheduled for a $1 billion rebuild to increase its capacity to 50,000 spectators.

As part of its ‘New Norm’, the International Olympic Committee has scrapped costly, old rules requiring sports to have their own purpose-built facilities in favour of a more ‘reuse, recycle’ philosophy.

The 2032 Olympic master-plan includes three main hubs spanning 21 venues in Brisbane, seven on the Gold Coast and four on the Sunshine Coast. in the state’s south-east corner, hosing 28 different sports.

Major new venues in the pipeline, include a 15,000-seat aquatic centre in the Brisbane CBD, to host swimming and water polo, a new 12,000-seat indoor basketball facility, a 10,000-seat gymnastics venue and a boxing centre at Moreton Bay. 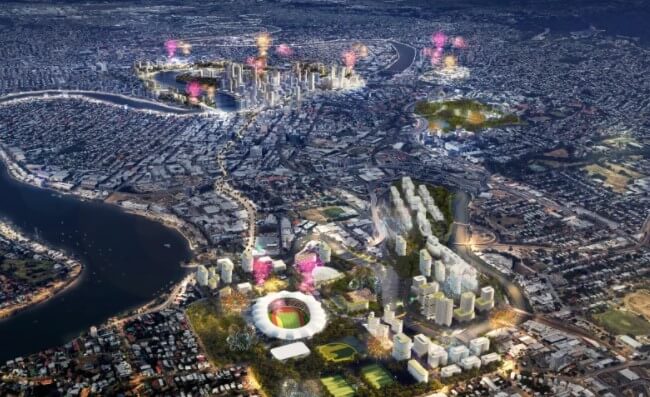 The main athletes’ village will be built on prime Brisbane waterfront real estate at Hamilton, with smaller accommodation options on the Gold Coast, Sunshine Coast and Kooralbyn, near the rowing venue.

The cost-neutral bid accounted for the $4.5 Billion cost of running the games, but was less specific about the required cost inputs for infrastructure.

Cllr Schrinner commented that the 11 year lead-in to the games gives us “a really strong position to be in”. Cost are far from detailed, but when pressed by ABC Radio Brisbane, State Premier, Annastacia Palaszczuk said much of the investment would be captured “as part of our ongoing infrastructure budget anyway, which is over $50 billion over the four years”.

“This is the longest run up that any host nation has had to deliver the Olympic Games and we must not waste this opportunity,” said Mr Davies.

Australian Constructors Association CEO Jon Davies, said the Olympics provides an incredible opportunity for the Queensland Government to showcase innovation and leave a skills legacy. “Queensland will be the first host nation to deliver an Olympic Games within budget if it engages early with industry to get the planning right” he said.

South-East Queensland is also already committed to major infrastructure investment as the state forecasts a growth in population of 1.5 million people by 2030.

By 2032, major projects like Cross River Rail, Brisbane Metro and the Coomera Connector will be already finished.

But Cr Shrinner acknowledges more public transport will be needed to link venues and spectators.

“In the end, the first reason that we went for the Olympics was to get better infrastructure and better transport infrastructure in particular,” he said.

“There will need to be continuous transport and road upgrades between now and 2032 … and we’ll need all three levels of government to chip in. “It’s needed for our growing population, not just for the Olympics.”

Dr Mair said locals could expect to see projects accelerated in the lead up to the Games.

“Although there are already plans in place to duplicate the M1 down to the Gold Coast, I think something similar may have to be thought of going up to the Sunshine Coast too.”

“The successful bid is welcome news and gives plenty of assurance to rental firms that the pipeline of Olympic-related construction projects is guaranteed to remain strong in Queensland for the next 10 years” said HRIA CEO, James Oxenham.